In general, a father has the same right to full custody of a child as the child’s mother. Men technically don’t face greater challenges when trying to achieve full custody. However, the man has historically been the “breadwinner” in American families. If a man has a highly demanding work schedule and the child is not yet school-aged, a family court may worry that the father will not have enough time to manage full custody of the child.

That being said, both parents have equally limited chances of getting full custody if they’re both working full time. It’s important to note that courts do not prefer to give custody to the mother; instead, they prefer for both parents to share custody.

Situations in Which a Father Can Expect Full Custody

A father is likely to be granted full custody of a child if he clearly is the only parent capable of financially supporting the child. Depending on the situation, if a father is seeking full custody and the child’s mother has no income or has a very low income, the father may be given full custody while the mother will only receive visitation rights.

A father seeking full custody will also likely be successful if his co-parent has a criminal record or has shown herself to be negligent of the child in the past.

A Father’s Obligations and Options

Either parent has the right to file for full custody in a child custody battle. Additionally, both parents have a right to petition the court for custody assistance if the parent feels that the proceedings are not in the child’s best interest.

However, a father will need to establish paternity to exercise this right. This is especially necessary in situations in which the two parents were not married when the child was born.

If you're looking for a men's divorce attorney to help you with your case or if you have any questions, contact Gerkin & Decker today!

Quarrels and misunderstandings may lead to divorce. The action may bring negative and positive consequences on both the divorcees. Also, unfaithful and cheating behaviors may result in the collapse of marriage. Leaving each other after a divorce is...
Read More...

During marital stress or tension, it is common for one party to temporarily move out while the couple decides how to proceed with the relationship. Some couples even opt to make the separation legal during that uncertain time. If you are currently...
Read More...

When couples divorce, they have a lot of questions. It doesn't help that many of those questions don't have easy answers. Thehome is typically the most valuable object that two people can share together, so the stakes are high. Plus,...
Read More...

When you separate from your spouse, you will need to determine if this is a trial separation, or one where there is no chance of reconciliation. During a trial separation, both parties are still considered married. Property rights and...
Read More...

No one goes into a marriage expecting divorce; divorce, however, is a process that tests people and their limits, and it’s difficult to navigate with a calm head. If you find yourself going down this road, do yourself two favors:...
Read More...

A signed settlement agreement is a powerful document that requires the demonstration of an extreme condition in order to render it null and void. If a party wishes to back out of the settlement, then they must prove the existence of fraud, duress,...
Read More...

Does Michigan Grant Divorces Based On Marital Fault?

Divorce is an ugly situation that no one plans on going through when deciding to tie the knot. That especially is the case when either spouse decides to break the marital bond with adultery or abuse. But do you have the legal right in...
Read More...

How to Request a Change to Your Custody Agreement

If your current custody agreement isn't working for you, you may be wondering about making changes to the custody agreement. However, unless you and your ex spouse agree to the changes and both agree to modify the agreement, you will need to go...
Read More...

What Should Men Do to Prepare for Divorce?

While no one enters a marriage thinking that it’ll end, the sad fact is that many marriages will not succeed, and many men will experience the pain and stress of a divorce at some point in their lives. While the emotional impact can be...
Read More...

In disputed custody cases, all states in the U.S. use standard called “best interests of the child”. This is a subjective standard that is based on what a judge believes is best for the child. However, there are some factors you can...
Read More...

How Can Dads Benefit From a Collaborative Divorce?

Collaborative divorce differs from traditional mediation in that a couple that has decided to separate both agree not to use a mediator and not to go to court. Instead, both parties take part in what is known as “four-way” meetings,...
Read More...

Which Factors Determine Who Must Pay Alimony After a Divorce?

In its simplest definition, alimony, which is also referred to as spousal support, can be described as a monetary arrangement that is created to prevent one divorced spouse from suffering a decrease in their standard of living. Frequently, one...
Read More...

How Does a Prenuptial Agreement Affect a Divorce?

Over the years, there has been a fair amount of negativity associated with prenuptial agreements. When family members learn that their loved one has been asked to sign an agreement before marriage, they often see that as red flag and quickly...
Read More...

3 Tips for a More Amicable Divorce

Divorce is often contentious, but it doesn’t always have to be. At Gerkin & Decker, PC., We specialize in working with men during the divorce process, and we have extensive experience handling all aspects of divorce, including alimony,...
Read More...

What Rights Do Non-Custodial Parents Have?

Divorce is always difficult. When a divorce involves children, it hurts not only the children, but it has a significant emotional impact on the parents as well. When children are involved, courts make custody decisions based upon a variety of...
Read More...

How Can I Appeal a Custody Decision?

Child custody cases are tough on families. There’s so much at stake, and when one party doesn’t agree with the decision of the court, they often wonder if they have any options. Michigan law allows chief circuit court judges to...
Read More...

When deemed appropriate by a judge, a person is awarded alimony, or spousal support as a condition of a divorce. Sometimes, people mistakenly think that alimony is automatically awarded to the spouse who earns less, but in Michigan, that’s...
Read More...

The old saying “knowledge is power” couldn’t be more true when you’re a man dealing with family issues. Whether you’re married and contemplating divorce or legal separation or have post judgment custody or parenting...
Read More...
Page: 12 - All 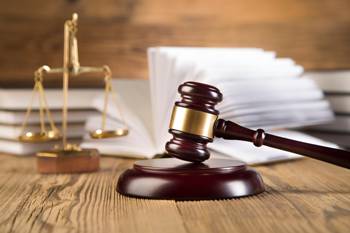 VERY happy customer. Andy handled my case and I could not have been happier with the work that he did. He was totally informative of every step of the process and he made it as painless as possible. His knowledge was second to none. I have and will continue to recommend Andy because he is an excellent young lawyer.  Scott K.