Whether the question of custody arises as a result of divorce, or a child born out of wedlock, the court is guided by the “best interests of the child.” In the matter of divorce, until a divorce is finalized or a court makes a final order as to child custody, both parents have equal rights to the custody of their kids. According to Custody Law Michigan, the court has the option to award child custody to either parent, or even both.

Deciding what is in the best interest of the children involves numerous factors and considerations. To understand how the court is likely to view your child custody argument call ADAM 810-244-2326.

How is Custody in Michigan Determined?

There are many considerations taken into account in this determination. Among the factors considered and evaluated by the court before determining custody are:

In Michigan, the law distinguishes between legal and physical custody and does not always require the two to go hand-in-hand. The parent awarded legal custody has the right to make decisions about the child’s life, including education, medical treatment and religious upbringing. Physical custody means actually having the child physically present and living with you.

Also, in Michigan the law distinguishes between Joint Custody and Sole Custody. When a parent is awarded the sole physical and sole legal custody of the child, this means that the other parent has no legal right to make parental decisions regarding the child’s upbringing nor do they have the right to have the child with him or her. However, they may exercise a parenting time schedule.

Call ADAM to see how the Child Custody Act applies to your family circumstances and how we might best represent your interests.

Parenting time is generally granted to the non-custodial parent and each county has its own guidelines. No matter the situation with the other parent, your children need you now perhaps more than ever. It is imperative that you talk to ADAM to maximize the role you have in your children’s lives.

Fathers have rights too! Are you accused of shirking your parental responsibilities? Are you questioning whether or not you are the biological father of a child? Is the mother of your child refusing to allow visitation? Are you seeking custody of your child or children? You need an experienced family law attorney from ADAM to fight for your rights. We understand the unfair bias fathers receive in court. We have strategies that work to level the playing field and get you the results you’re looking for.

In general, a father has the same right to full custody of a child as the child’s mother. Men technically don’t face greater challenges when trying to achieve full custody. However, the man has historically been the "breadwinner" in American families. If a man has a highly demanding work schedule and the child is not yet school-aged, a family court may worry that the father will not have enough time to manage full custody of the child…

Before you take action, call ADAM 810-244-2326. We will review your case and provide you with solid legal advice on what steps you need to take in the Michigan family court. 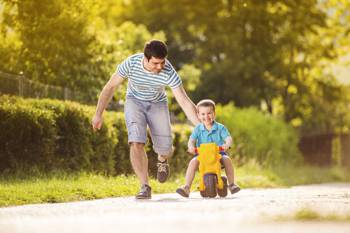 Excellent attorney - I would highly recommend Attorney Decker to anyone that is looking for a very competent attorney. He does an excellent job of representing clients. Call Ryan and you will see for yourself! Anonymous Family Law Client